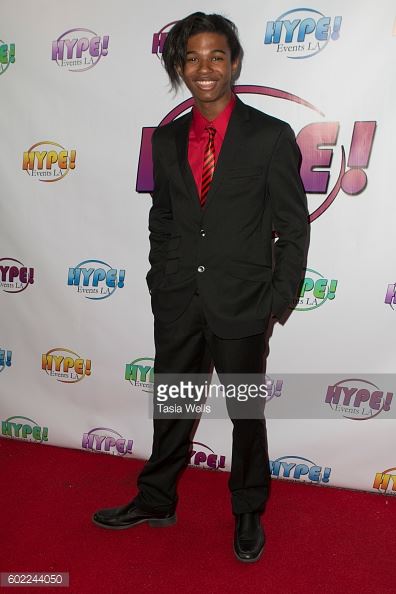 Born in Hanau, Germany, Kendal Murray is best known for his role as the comically "fishy" hair model on Nickelodeon's Sam and Cat and his role on NBC's Parenthood as a classmate to the main character Max. He was also in NCIS LA, FOX's new series Weird Loners and a number of other shows! Kendal is a dynamic, multi-faceted and multi-talented entertainer and model. He has experience with runway modeling as well as film, tv, theatrical and musical productions. He is also a hobbyist guitar player, who epitomizes commitment to civic responsibility. He volunteers often in his community.  You may also recall Kendal from his own internet radio program, The Kendal Murray Show.

Kendal began entertaining at the age of five, when he was picked for a part with the traveling Missoula Children’s Theatre. After several seasons with them, Kendal began to pursue modeling as well. He has modeled clothing for such names as Harley Davison and Gap Kids on the runway. He was selected above many of his contemporaries to participate in the first ever El Paso (Texas) Fashion Week. He has also been cast in the familiar favorite “You’re A Good Man, Charlie Brown!” Schoolhouse Rock is another of Kendal’s castings. He also participated in a theatrical run in a production of the SeussOdyssey, as well as a production of Secret Garden. He has been seen in episodes of Showtime’s Shameless, and ABC’s The Goldbergs, as well.   Kendal currently portrays RYAN in the KMP Original "Mendacity."

Kendal holds a Bachelor degree in Entertainment Business.  He has also earned a Master degree in Media Design.